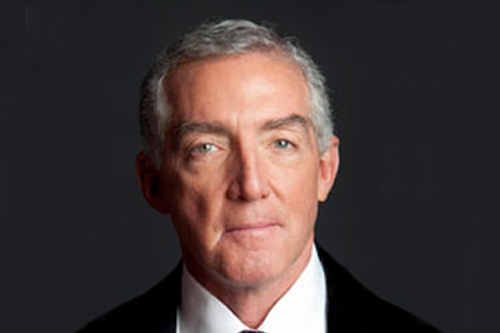 I don’t have expertise when it comes to early childhood education. But I do know the downstream return on investment when kids who have received social-emotional learning skills become adults—and it’s a much more productive and peaceful society. In fact, a modest investment during a child’s early life yields tremendous societal benefits later on. This is welcome news for those of us in the military who are dedicated to mission readiness, because it means that there will be more viable young men and women who can serve their country in all capacities.

When you’re training young adults to become soldiers, you have to develop three key components. First, physical fitness, which reinforces confidence; then military skill sets, so they serve effectively; and, finally, what some call the “moral” component, or the ability to work as a trusted and trusting member of a team that also trusts the chain of command and the Constitution. It’s much easier to become a team-oriented soldier if you’ve learned how to work well with others early on as a child. This reinforces trust-based relationships and the kind of emotional maturity we are seeking as we build and prepare the 21st-century armed forces in our country.

In the United States, we can vastly improve our society if we start teaching children valuable social and emotional skills as early as possible—the sooner the better.

Kids are such quick learners. I see that whenever I go into my grandson’s pre-kindergarten classroom. The three, four, and five-year-olds are so bright and so engaged. It’s a delightful age, and we owe it to them—and ourselves—to make sure they have all the opportunities to become socially and emotionally adept.

I’m not saying that the military is the only model for our children and our society; not at all. But I am saying that the future of our kids will be greatly enriched and enhanced if we infuse their earliest years with sensitive and thoughtful skills that will help them develop into a healthy, connected, and constructive generation of adults.

Major General Paul D. Eaton is a retired United States Army general best known for his command of operations to train Iraqi troops during Operation Iraqi Freedom. General Eaton served in that capacity between 2003 and 2004, until he returned to the U.S. to become Deputy Chief of Staff for Operations and Training, United States Army Training and Doctrine Command, Fort Monroe, Virginia. He currently serves as Senior Adviser to the National Security Network, a progressive Washington, DC, think tank that focuses on foreign policy and defense issues.