> Blog > How the Second Step Program Got Its Name

How the Second Step Program Got Its Name 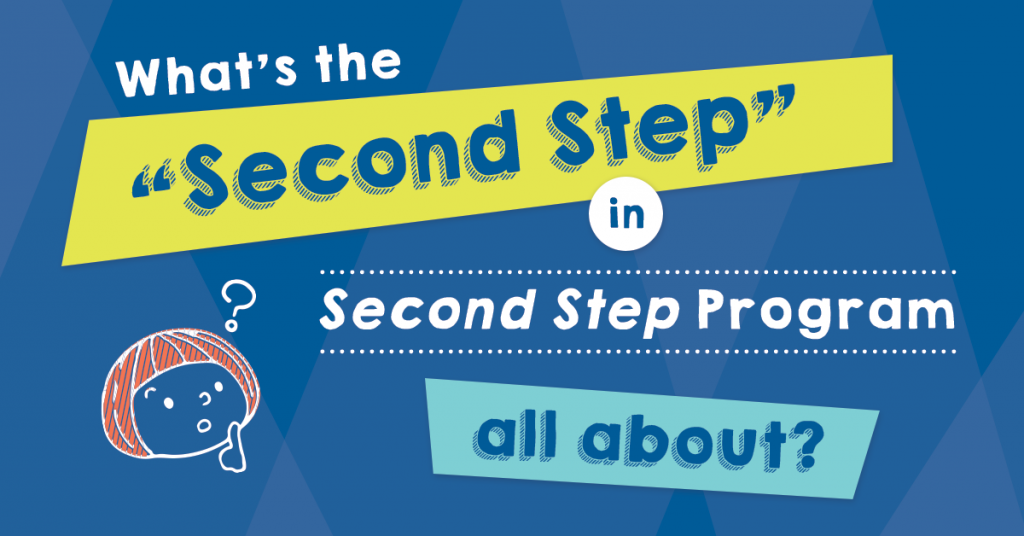 Committee for Children’s school-based curriculum, Second Step, serves thousands of schools and millions of school-aged children every day in the US, Canada, and around the world. Its name is synonymous with quality evidence-based lessons, remarkable success, and superb teacher-training and reinforcement materials. The name itself, however, has been the source of one lingering question for quite some time: “Why do you call it Second Step?” The answer lies in our organization’s history.

Founded in 1979, Committee for Children’s work is rooted in that of cultural anthropologists Dr. Jennifer James and Dr. Debra Boyer, whose studies focused on the effects of child abuse and child sexual abuse. These studies ultimately led to the creation of our groundbreaking personal safety curriculum launched in 1981, the Talking About Touching program. Its goal was to help kids learn to recognize, resist, and report sexual victimization by teaching them personal safety skills and by also providing abuse recognition and reporting skills to teachers and parents. The goal of the Talking About Touching program was to prevent children from being victimized by others.

In the years after the Talking About Touching program was launched and as research in the field advanced, we realized that personal safety was just the first step in keeping kids safe and helping them thrive in school and in life. A large body of research showed that people who are violent or abusive commonly lack a core set of social-emotional competencies—such as empathy, problem-solving, and self-regulation. This spurred us to look beyond personal safety skill training, adding a focus on skills that would prevent children from growing up to be abusers themselves. This next step in our work became the “second step” of our mission and commitment to fostering the safety and well-being of children. Thus, the program name “Second Step” came into being.

Our first step was to prevent the abuse of kids in the here and now. Our second step was to prevent it from happening in the future, by teaching children “prosocial” skills that would reduce their risk of being the abusers of others. Today, the Second Step SEL Program seamlessly integrates these critically important areas of learning by employing a positive, preventive approach.

With few employees and a strong cadre of community volunteers spearheading a grassroots effort to secure funding and build our mission, our small group of social workers and educators worked largely on a local level in the Puget Sound region. That all changed when Nashville Public Schools requested our program. Within a year, we were launched into the national spotlight, and soon we released our flagship Second Step social-emotional learning curriculum.

Today, the Second Step Suite has evolved into an industry-leading set of programs that provide a foundation of social-emotional learning, child abuse prevention, and bullying prevention.

Learn More About Our Free Resources, Initiatives, and Curriculum

* Mind Yeti is not accepting new users at this time.