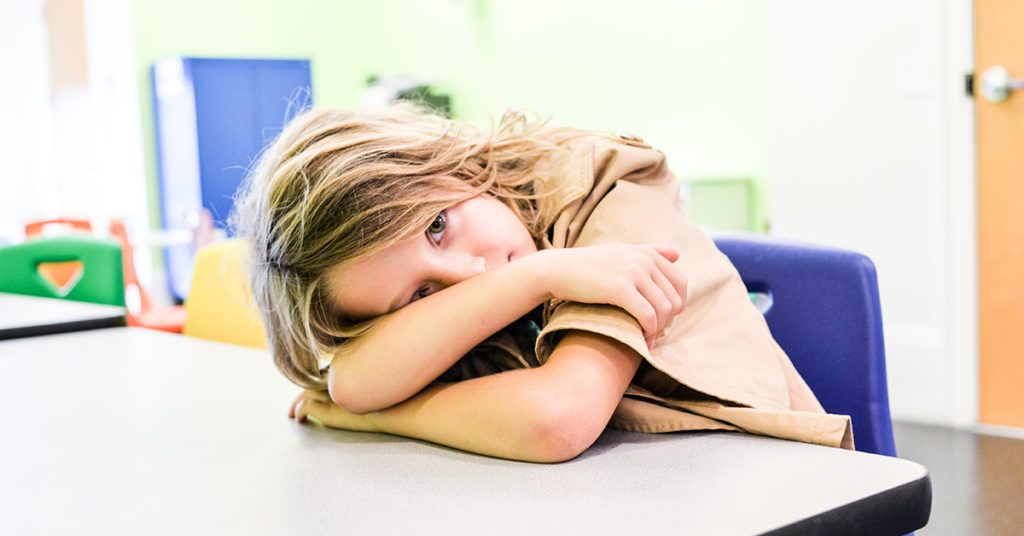 As a nation, do we hit our kids when they misbehave? Should we? Several years ago, Committee for Children took a stand against corporal punishment in schools and in favor of positive alternatives.

Recently the American Academic of Pediatrics (AAP) published an advisory regarding corporal punishment, “Effective Discipline to Raise Healthy Children,”[1] in which they strengthen their own opposition.[2]

The APP had already discouraged the practice, guiding pediatricians to encourage and assist parents “in developing methods other than spanking in response to undesired behaviors.”[3] Now the AAP recommends that parents not spank, hit, slap, threaten, insult, humiliate, or shame to discipline their children. Instead, adults should reinforce appropriate behaviors, set limits, redirect children, and set expectations.

This guidance follows from new evidence linking these punitive forms of discipline to a significantly increased risk of negative behavioral, cognitive, psychosocial, and emotional outcomes for children. For example, striking children, yelling at them, or shaming them can elevate their stress hormones and lead to changes in the brain’s architecture. Harsh verbal abuse is also linked to mental health problems in preteens and adolescents. And corporal punishment works poorly in generating preferable behavior, anyway:

“Aversive disciplinary strategies, including all forms of corporal punishment and yelling at or shaming children, are minimally effective in the short-term and not effective in the long-term.”[4]

A number of organizations have joined with the AAP in support of their recommendations, and that list is growing. The U.S. Alliance to End the Hitting of Children is one such partnership of numerous individuals and organizations. Champions for Children: Prevent Child Abuse is a statewide coalition in Virginia.

Worldwide Shift Away from Corporal Punishment

Scotland was the latest to ban corporal punishment, including at school and in the home[5], and France’s lower legislative chamber just passed a similar bill this past November.[6]

In the 2011–2012 school year, the schools in these states reported the highest percentages of corporal punishment against students:[7]

Several states have taken recent action to limit or repeal their corporal punishment statutes. The most recent state to outlaw it was Iowa in April 2018.[8] Texas,[9] Arizona,[10] and Kentucky[11] have bills pending. Maine’s bill failed in March 2017, and Louisiana’s bill to outlaw it failed in May 2017. No new states have proposed bringing it back.

State legislatures continue to rethink the use of punitive disciplinary measures in schools,[12] and we welcome this change. When they do consider reforms, states should replace exclusionary discipline and corporal punishment with positive alternatives that use disciplinary measures to teach students, manage their classrooms, and even address the underlying behavior, rather than punish. We urge states moving in this direction to fund the change, including additional training for teachers to ensure that new tools in their discipline toolkit are selected thoughtfully and used well.