> Blog > Breaking My Own Bias: Becoming a Hmong Woman Leader

Breaking My Own Bias: Becoming a Hmong Woman Leader 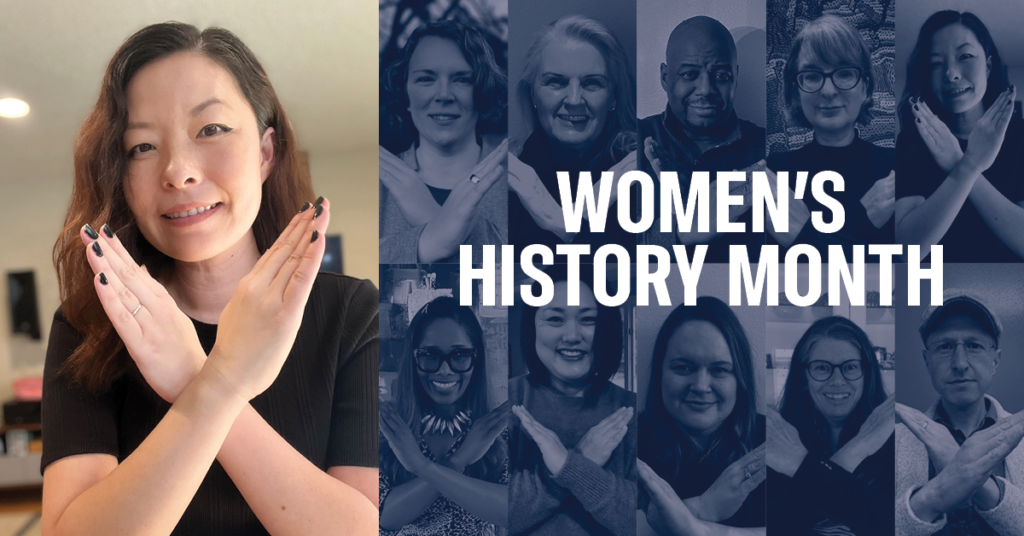 This March, Committee for Children is celebrating Women’s History Month and International Women’s Day with a series of reflections from our Executive Leadership Team on their career journeys, the women who’ve shaped them along the way, and how they’re working to break biases. This post is from Chief of Staff Koua Franz.

There’s a Hmong proverb that says, “Many hands make work light; many ideas open the way.” Growing up, I was taught that women in my culture were the many hands, and that men were the ones who had many ideas to open the way. The Hmong community is very traditional, and there are strong cultural values we’re expected to uphold—one of which is raising your daughters to be good wives and mothers. It wasn’t until I became a teenager that I began to break my own bias. I developed a dual voice inside of my head—a constant balance between being a good daughter and becoming my own person with dreams and aspirations.

There are few events that are as destabilizing as war. Due to effects of the Vietnam War and the Secret War in Laos, my parents, seven siblings (at that time), and I struggled along with thousands of others to make a life in the Hmong refugee camps in Thailand. My parents decided to start a new life and pursue better opportunities in the United States. It took great endurance and fortitude for them to leave behind their dignity and status and relocate their family to a country where they didn’t speak the language or have any idea how they would be received.

I draw much of my strength from my mother and the positivity and resilience she possessed to move her family across a war-torn country. My five wonderfully strong sisters have also inspired me profoundly, and growing up, much of my perception of what I could or couldn’t do was learned from their missed opportunities and successes. I understood at an early age that making real change in my life would mean challenging and overcoming barriers within my own culture, traditions, and family.

In what many members of my family of twelve felt was an act of defiance, I attended college away from them, married a man from outside of the Hmong community, and found mentors to help cultivate my aspiration to become a leader. I learned that leadership isn’t a role you step into; it’s something that you internalize. A strong leader is passionate, and whatever their vision is, they build relationships and inspire people to see themselves in that vision.

Leadership opportunities for Hmong women were rare in the early 2000s, but I wanted to break that pattern. After graduating from college, I searched for places where I could lead and use my own ideas to open the way for others.

While working in leadership roles, I found myself in situations where I was the only woman and person of color in boardrooms and executive meetings. In those situations, I felt it was up to me to break stereotypes and biases that claim Asian American women are quiet or subservient. I had to use my voice to offer solutions, often drawing upon experiences and struggles connected to my ethnic and cultural background. There were times when I felt uncomfortable sharing, and I often wondered what my colleagues thought of me, but it was because of my determination to speak up that I was able to grow as a leader and uplift those around me.

Although I may have chosen a path unlike many Hmong women’s, I hope to inspire others to break any bias they may have about themselves and to be a voice that resonates. When you share your ideas and build a vision together, you’ll have many hands to open the way.