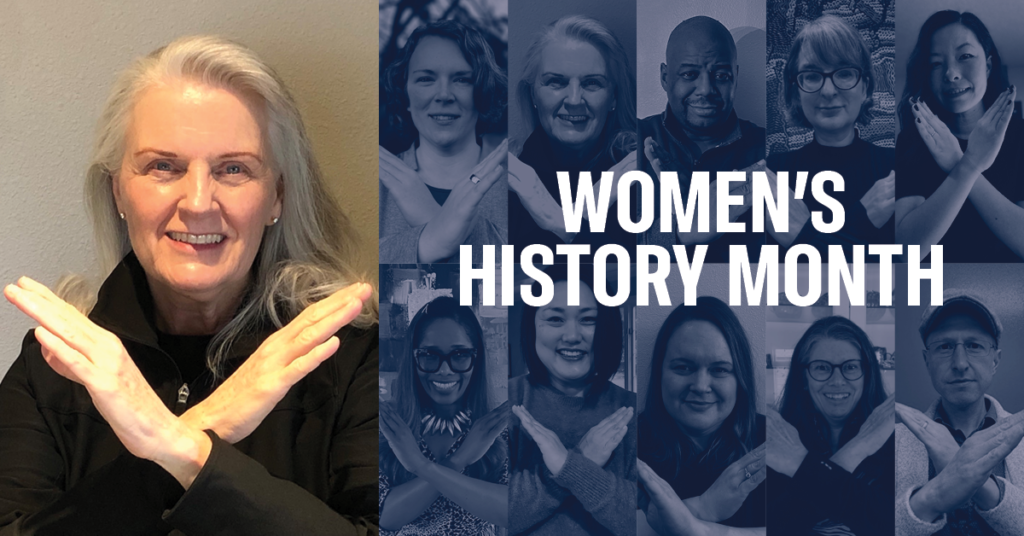 In honor of Women’s History Month and International Women’s Day, we’ve asked the Committee for Children Executive Leadership Team to reflect on their personal journeys, the women who’ve shaped them along the way, and how they’re working to break biases. This post is from General Counsel Mary Brodd.

I’m not a philosopher, a trailblazer, or a sage—I’m just me. I was an only daughter who had three older brothers and couldn’t understand why different rules should apply to her. I did not have a grand plan for my life. If anything, “annoyingly stubborn” would be a better description of me than “visionary.”

My stay-at-home mom would have been offended to be called a feminist, but she profoundly influenced my path. Her most indelible lesson was that I had to be responsible for my own life—that if I wanted something, it was up to me to make it happen. Lucky for me, as I grew into adolescence feminism was pushing its way into mainstream awareness and culture thanks to strong and outspoken women of the time, generations of persistent women before them, and men who acknowledged that change was needed. More options were available to me than to women less than a decade earlier.

I was drawn to finding a career doing something “girls” weren’t generally welcomed to do. My application to law school was a personal act toward social change. Being in law school felt like an act of rebellion. When I graduated from NYU Law School in 1979, my simple aspiration was to build a career despite the headwinds for women. There were relatively few women in practice then, and I expected to have to work harder than the guys. It was a time when, even if you earned a seat at the table, you were probably also expected to get the coffee.

Acts of feminism in my career have been personal. I gave staff flexibility for childcare before it was official policy, created a first-in-the-company job-share for two staff members with small children, supported fathers who wanted to take time for family, and had twins as general counsel of a publicly traded company. I have tried to support others who want to fully participate professionally and to be themselves personally. I would like everyone who can earn a seat at the table to have their chance—without the coffee part.

Over the years I have been part of an informal organization of women attorneys who have turned to each other for peer-to-peer mentoring to discuss everything from childcare to career strategies. These private acts of mutual support and shared aspirations have been invaluable.

My journey has also been propelled by men willing to engage in personal acts toward social change: a senior client who valued me on merit and insisted that I be assigned, the CEO who promoted me to my first general counsel role, male colleagues who had my back, and my husband, who embraced many nontraditional choices. We all can make a difference in our individual, cumulative acts toward social change, help others in their journeys, and influence the future for the better.