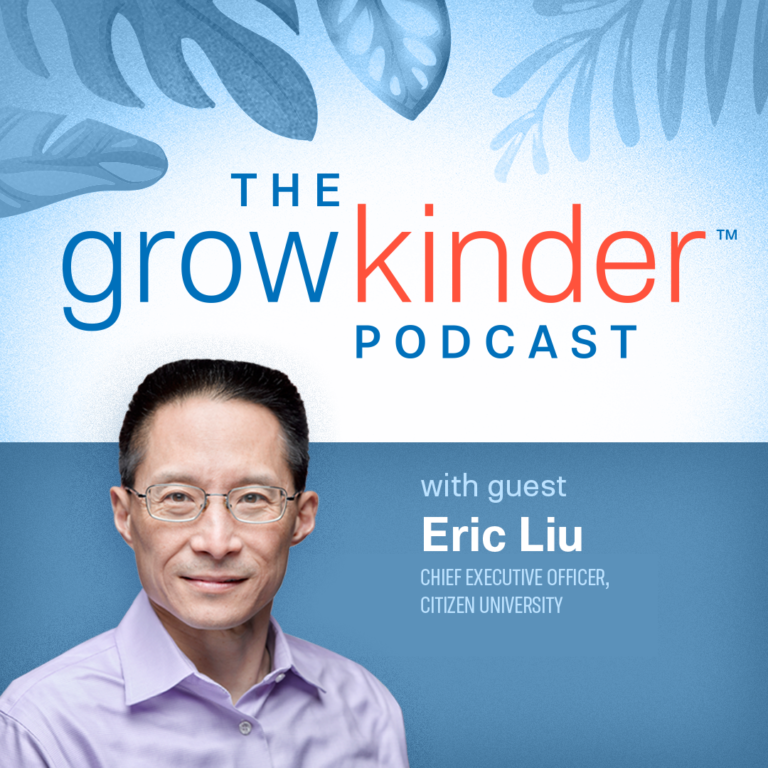 On this episode of Grow Kinder, we talk with Eric Liu, cofounder and CEO of Citizen University, and director of the Aspen Institute’s Citizenship and American Identity Program. Eric is a leader in local and national citizen reform movements. He served as a White House speechwriter for President Bill Clinton and later as the President’s deputy domestic policy adviser.

Eric talks with us about his new book, Become America: Civic Sermons on Love, Responsibility, and Democracy. He also speaks about his efforts to build a culture of powerful, responsible citizenship across the country.

To learn more about Eric and his work, visit citizenuniversity.us