Social-emotional skills, such as empathy, emotion management, and positive communication, are important inside and outside of classrooms. Their impact continues long after students leave school and enter society. A first-of-its-kind social-emotional learning (SEL) podcast, Grow Kinder® features conversations with thought leaders in education who explore how SEL can help us navigate society’s most pressing challenges and create a kinder, more compassionate world.

We’d love to hear what you think of the podcast. Share your thoughts on Grow Kinder in this short survey. 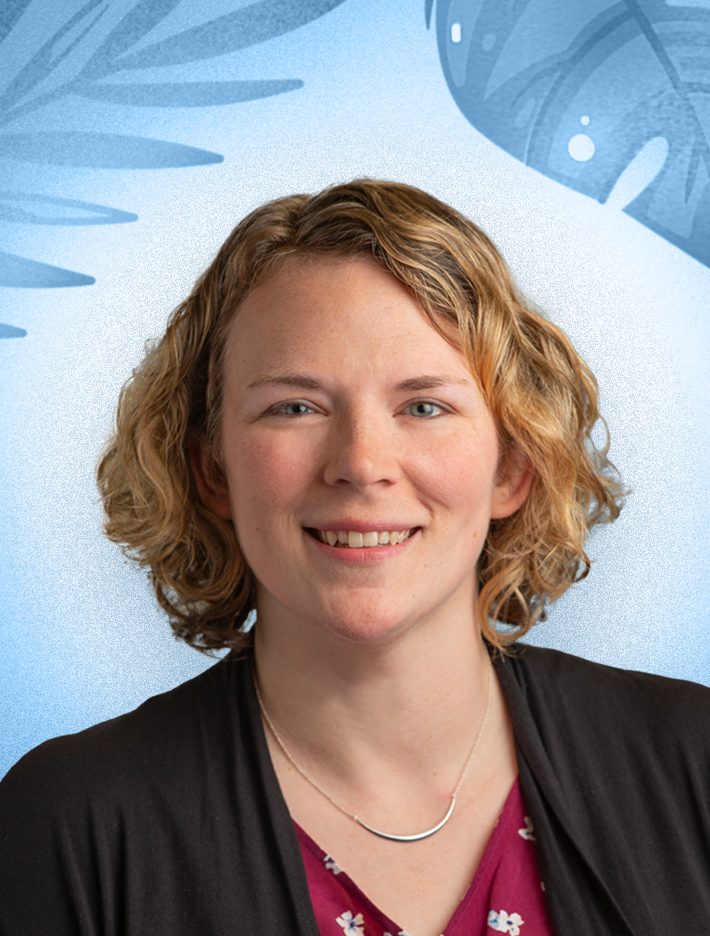 As Chief Executive Officer, Andrea Lovanhill leads a global nonprofit organization that has been on a mission for over 40 years to ensure children everywhere can thrive emotionally, socially, and academically.

Andrea has played a pivotal role at Committee for Children for over a decade. She joined the organization in 2007, after she came across an opening within her first week of moving to Seattle from a small city in Kentucky. “After reviewing the research, I was struck by the massive positive impact social-emotional learning could have on children’s well-being,” Andrea says. “And I appreciated the practical, research-based, systemic approach CFC took in helping children reach their highest potential.”

Most recently, Andrea served as Committee for Children’s Vice President of Marketing and Client Relations, a role critical to our commitment to positively transform the social-emotional well-being of 100 million children annually by 2028. As VP, Andrea dedicated herself to ensuring that Committee for Children fosters deep, supportive partnerships with those working with and advocating for children each day to support their social and emotional growth.

Andrea received her master’s degree in communications in digital media from the University of Washington. She has spent her career helping nonprofit social enterprises and education businesses develop and implement visionary communications strategies, plan and manage digital transformations, build unparalleled marketing and product experiences, and achieve record growth and impact.

A mission-driven leader and systems-level thinker, Andrea sees her SEL superpower as responsible decision-making. At CFC, this might involve examining input from a variety of sources both across and outside the organization to understand the effect of a decision on the people, the business, and the mission—before determining a course of action. And at home, she uses her superpower to model good decision-making for her two young children. 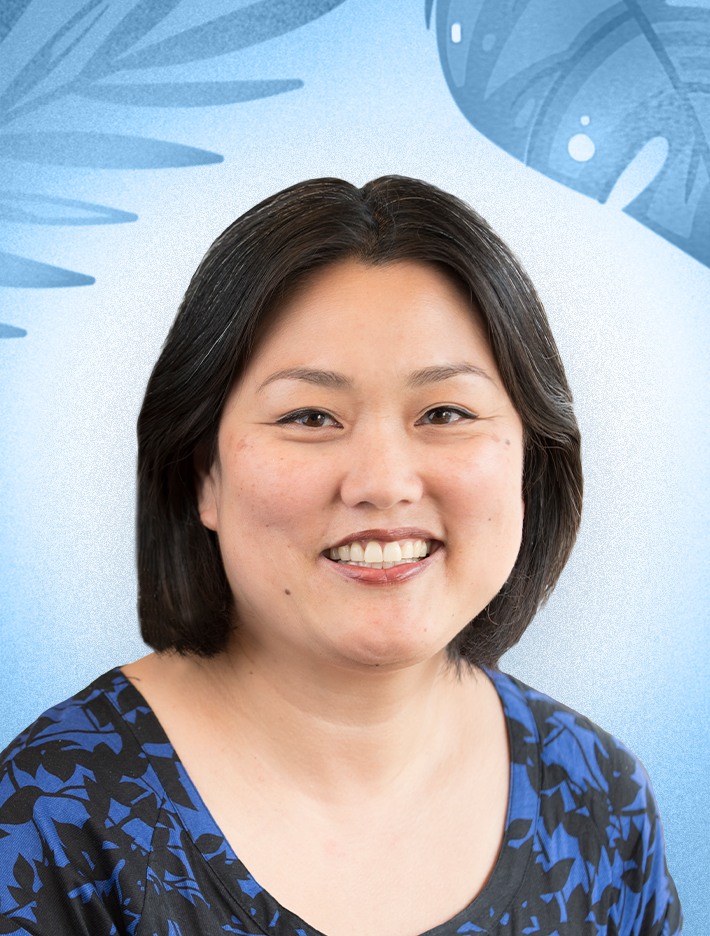 Tia Kim decided she wanted to be a psychologist at age fourteen—though unlike many teens, she stuck to her plan.

Tia began her career in academia but later decided she wanted to see her research in action helping children and youth. Today, she leads our team of education designers and research scientists working to develop and evaluate the quality, effectiveness, and reach of Committee for Children’s programs. Tia is a driving force of our organization’s efforts to continually gather information about implementation fidelity, advance the evaluation process, focus on continuous improvement and learning, and promote partnerships within the field. She considers these factors essential to carrying out our mission of advancing the safety and well-being of children through social-emotional learning (SEL) and helping us increase our impact to reach our goal of positively transforming the social-emotional well-being of 100 million children annually by 2028.

Drawn toward understanding the unique needs and developmental tasks of adolescents, Tia received her doctorate in developmental psychology at the University of California, Riverside, and completed three years of post-doctoral training at the Academic Center of Excellence on Youth Violence Prevention, where her research focused on the etiology and prevention of youth violence and aggression. Before joining Committee for Children, she served as an assistant professor in the department of human development and family studies at Penn State Brandywine.

Tia sees her organizational skills as her SEL superpower, whether it’s meticulously planning a family trip or managing multiple projects and deadlines as she works to answer questions around what make social-emotional learning programs successful.

“We track the pulse of the education field and push the envelope wherever possible to innovate, whether it’s in the form of iterative development or developing the evaluation process itself. We ask—and try to answer—the really hard questions so we can help move the field forward as a whole, not just our organization.” 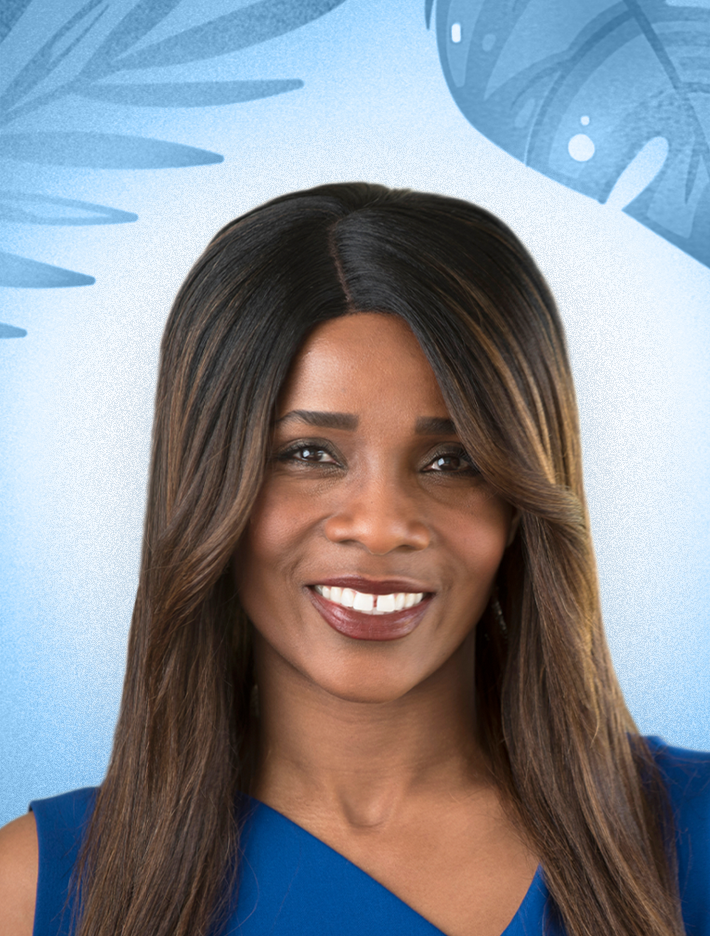 Shauna McBride is a seasoned journalist and communications professional with more than 15 years of public relations and media experience. She has managed all aspects—from development to implementation—of strategy, public and media relations, community outreach, branding, and events.

Before joining CFC, Shauna was director of communications for Seattle Reign FC, where she developed internal and external communication strategies to drive awareness and affinity for the National Women’s Soccer League startup. Before that, she served as primary spokesperson for Allstate Insurance’s Northwest region, with whom she earned a reputation as a steadfast, well-informed, articulate, and trusted source to key media, both locally and nationally. It was Shauna’s calm, take-charge style that leadership relied on during crisis situations, where she guided highly visible executives to deliver on-point messaging. Shauna’s ability to cultivate strong media relationships and execute successful creative campaigns has enabled her to secure coverage with top-tier media outlets, including Parents Magazine, the New York Times, the Los Angeles Times, BBC Sport, ESPN The Magazine, and USA Today, as well as local publications, such as the Seattle Times and Seattle Metropolitan Magazine. She holds a bachelor’s degree in communication from the University of Washington and is a longtime member of the Public Relations Society of America (Puget Sound Chapter) and the Association for Women in Communications (Seattle Chapter).

Shauna sees her SEL superpower as her ability to make others feel seen and heard, both in her personal life and her professional life. “One of the most rewarding parts of my job is helping people across the organization not only tell their story, but own their voice. As a mother, I’ve tried to lead by example—to be a woman who is a force in her own life—to instill that same sense of empowerment in my daughter.” 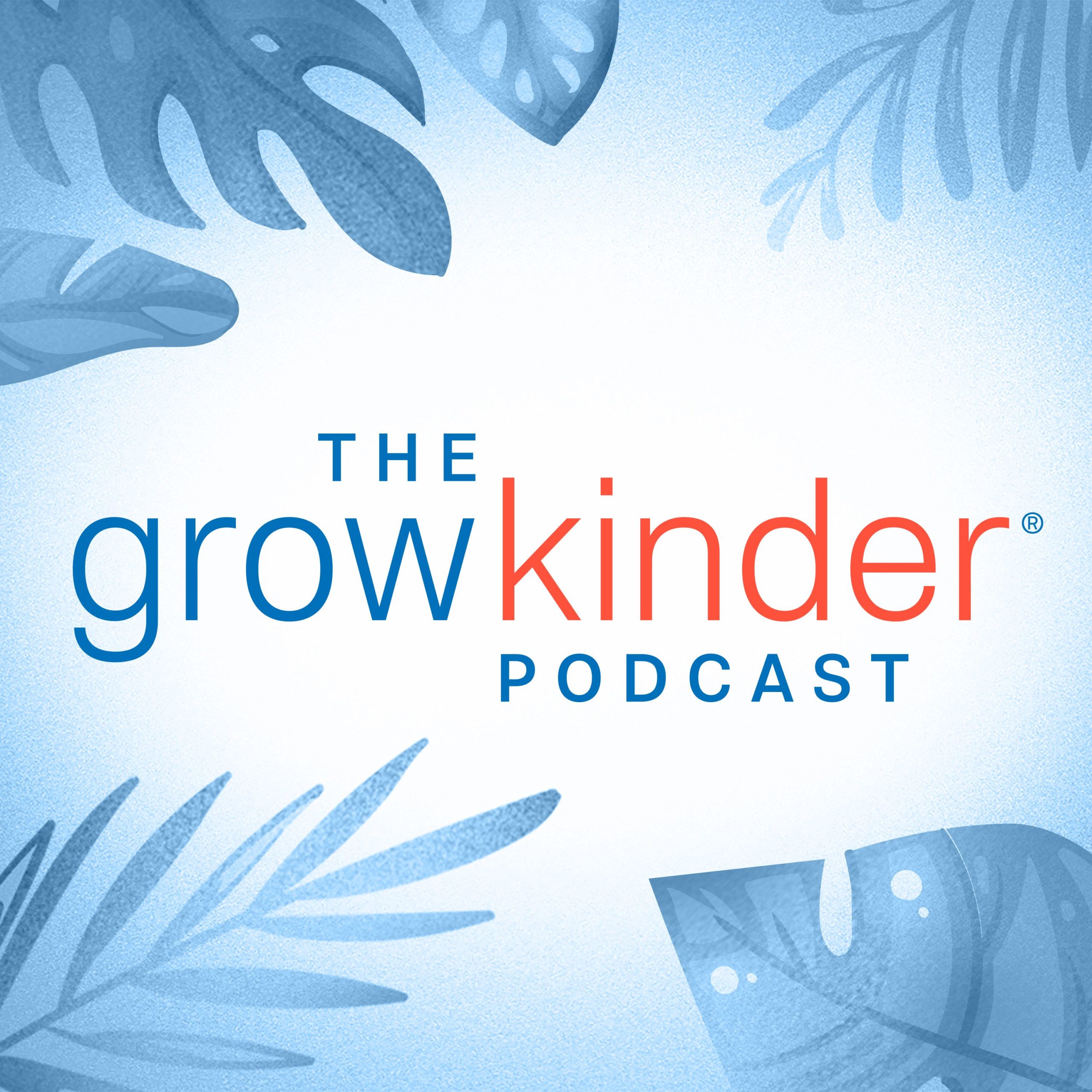 In this episode, host Shauna McBride speaks with Nick Butler, artist and illustrator of Committee for Children’s Captain Compassion® comic series. Nick explains how he used every design choice to carefully and intentionally craft a visual identity for Captain Compassion® and her sidekick Kid Kinder®. Read More 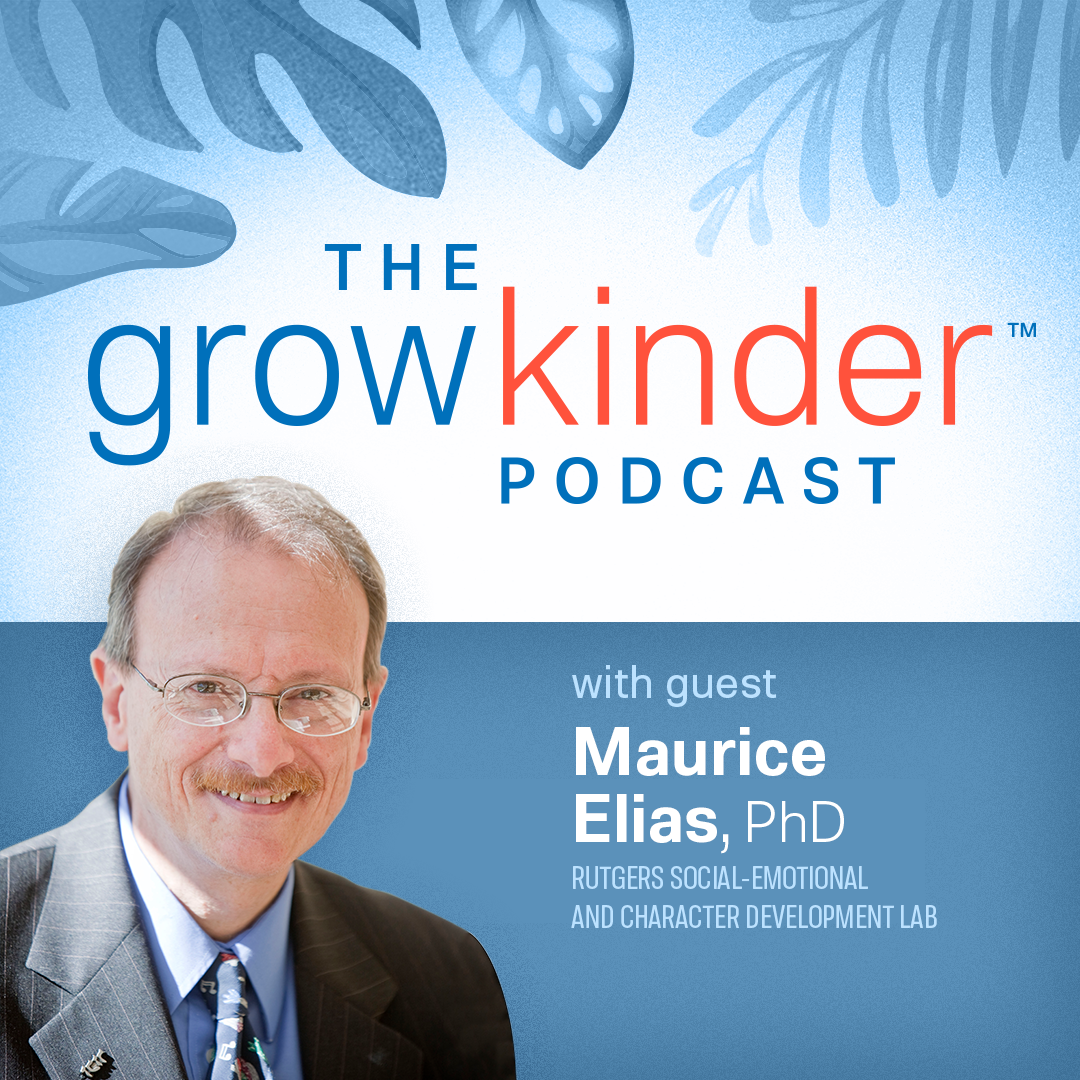 The Origins of SEL, Its Evolution, and Today’s Work in the Field with Dr. Maurice Elias

On this episode of Grow Kinder, host Andrea Lovanhill is joined by special guest host Joan Cole Duffell, our executive director at Committee for Children. Together they chat with Dr. Maurice Elias, professor of psychology at Rutgers University, about his work in social-emotional learning (SEL), which spans over four decades.Read More 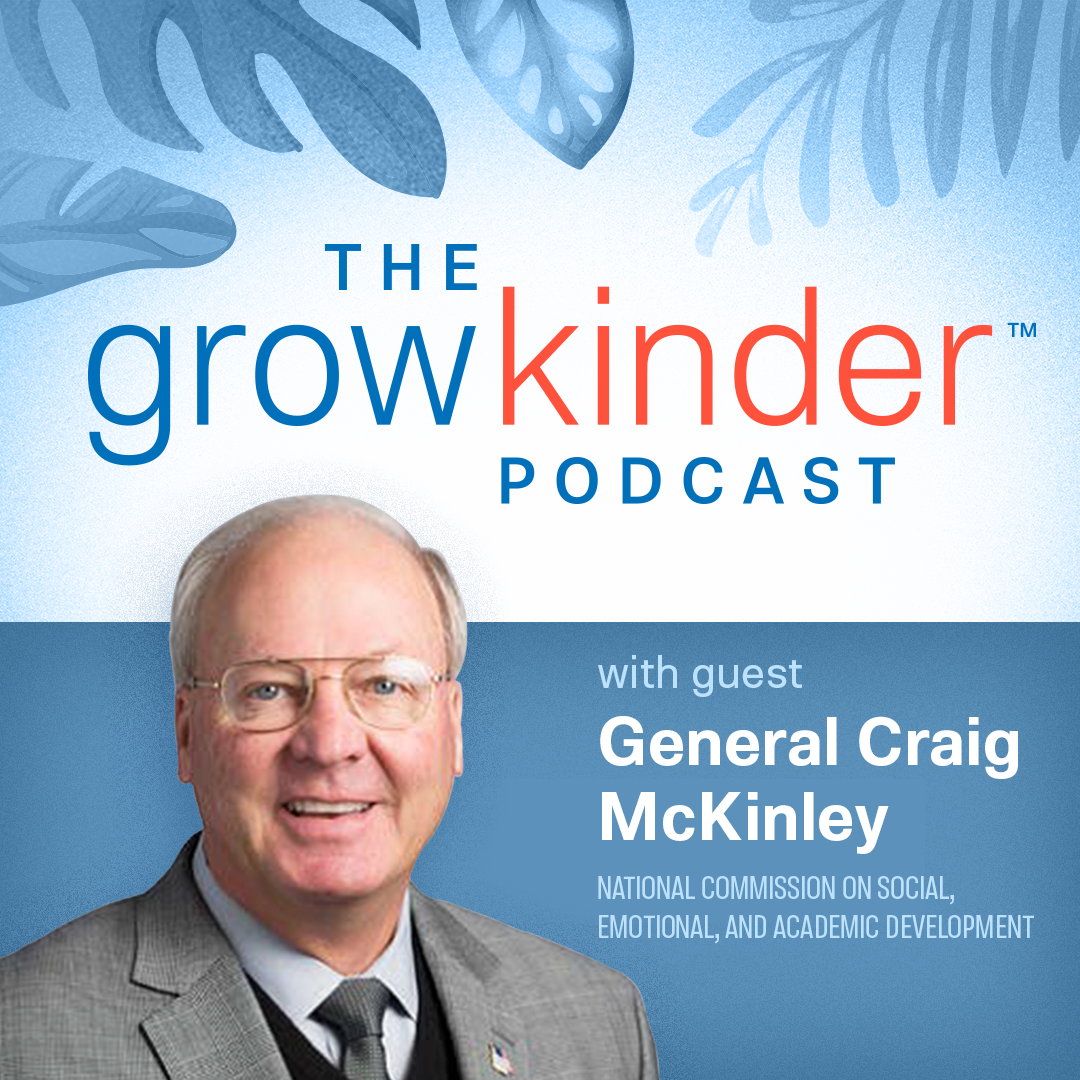 Why Social-Emotional Skills Are Important in the Military with Gen. Craig McKinley

On this episode of Grow Kinder, we talk with General Craig McKinley, commissioner of the Aspen Institute National Commission on Social, Emotional, and Academic Development and former president of the Air Force Association. A four-star geRead More 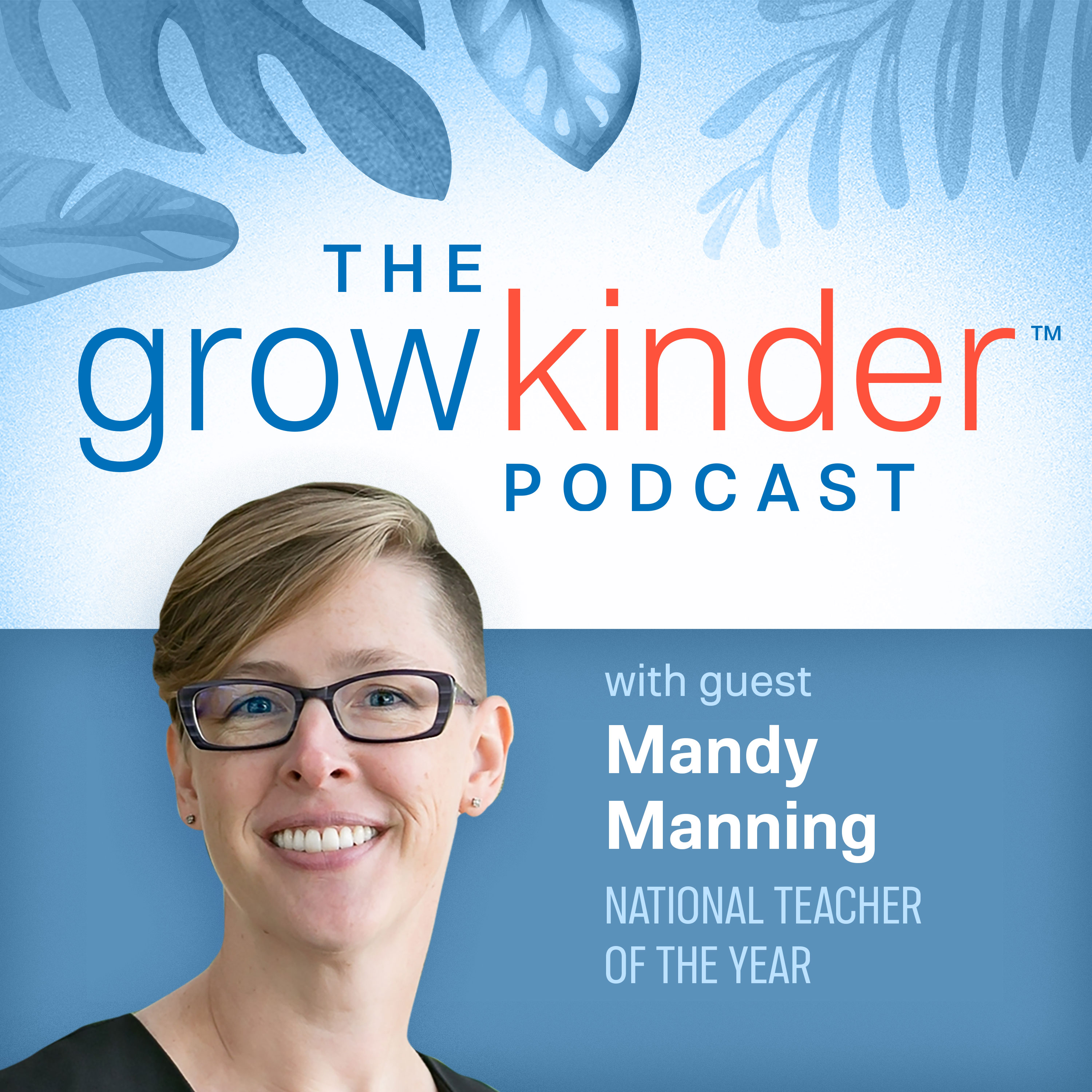 On this episode of Grow Kinder, we talk with 2018 National Teacher of the Year Mandy Manning, an English-language-learner educator for immigrant and refugee students at Joel E. Ferris High School in Spokane, WA. Both frank and inspiring, Read More On this episode of Grow Kinder, we sit down with Maya Enista Smith, executive director of Lady Gaga’s Born This Way Foundation, for a conversation about improving the mental well-being of young people through evidence-based programming.Read More 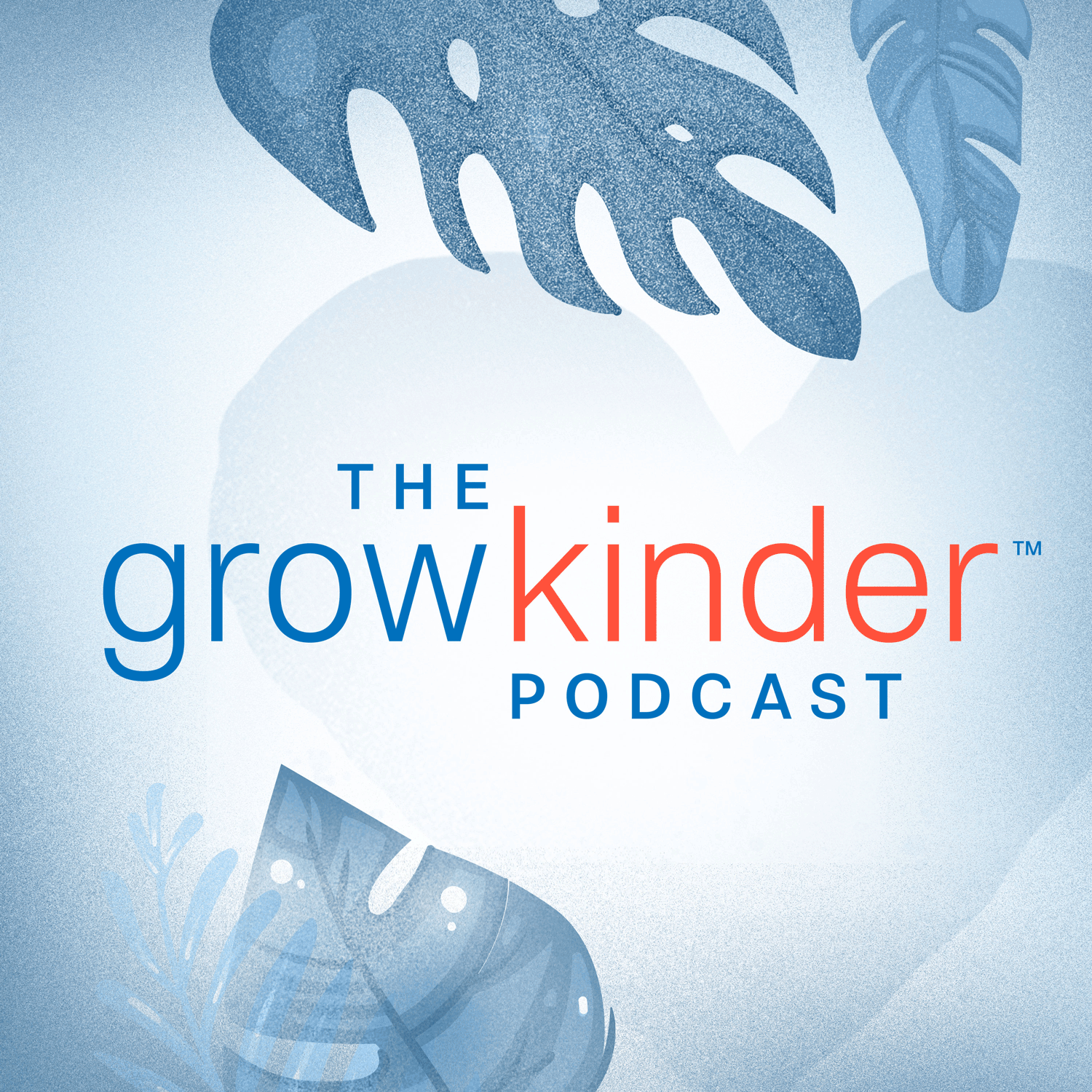