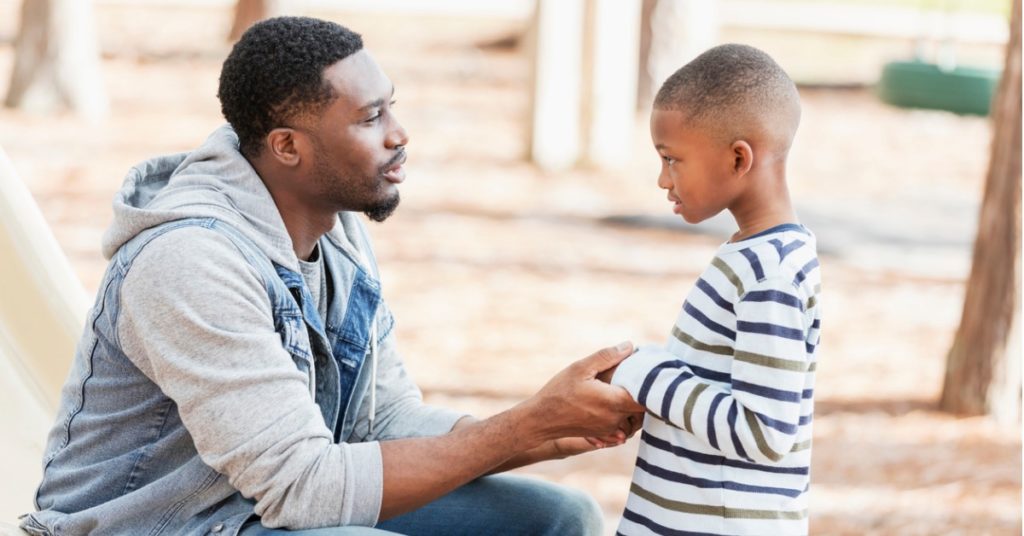 Bullying negatively affects all children socially, emotionally, and academically, whether they’re victims, offenders, or bystanders. These small moments in one’s childhood may sound trivial, but the lasting effects for those who have been bullied can be as severe as developing an anxiety or depressive disorder.

Addressing bullying has less to do with the person who’s bullying and more to do with those who observe it, whether in the classroom, a social setting, or online. In one study, 85% of children interviewed reported that they’ve witnessed bullying in their school environment.1 Bystanders have the power to significantly reduce unwanted, ongoing, and aggressive actions directed toward another person or group of people. By intervening nonaggressively in the first few seconds, bystanders can reduce bullying by at least 78%. Knowing this, we should prepare our children not only for what to do when being bullied but also how to be active bystanders to reduce bullying.

Discuss with your child how to recognize bullying and help them understand the importance of their role as a bystander. By building their awareness of the problem, identifying when others are being bullied, and knowing what to do when that happens, children can stop the process in just seconds. Many times, children can’t distinguish between conflict and bullying. You can give examples of conflict: when it’s clear that both parties have equal power, the conflict happens only occasionally, and both people are upset and willing to problem-solve. On the other hand, with bullying, show how there’s an imbalance of power; it’s purposeful and happens repeatedly, and there is a serious threat of physical or emotional harm.

Once a child can identify a bullying situation, stepping in to intervene can put an end to the behavior and ideally will discourage future bullying. Refusing to allow the bullying requires some assertiveness skills, so you may have to practice and role-play with your child. Demonstrate interrupting the conduct, naming the offense, publicly supporting the victim, or calling for help, and then have your child practice these strategies with you. Equip your child with some basic ways to communicate refusal, and they will be likelier to respond appropriately if the situation arises. Some examples you might share with your child are:

To the person who’s bullying: “Hey, it’s not okay to talk to people like that at our school.”

To the person who’s bullying: “Why are you always so mean to Madeline? Do you mean to bully her?”

To the victim: “You know what, Brendan? Why don’t you change seats with me if she‘s bothering you?”

To a trusted adult: “Mrs. Taylor, Jessica isn’t being very nice to Timmy right now. Can you come over to our table?

Whether or not your child is able to stop the bullying, it is important for them to report it. A supervising adult should be alerted to what is going on. Then parents, teachers, and caregivers can step in to problem-solve. Many children hesitate to report because they don’t want to seem like a tattletale. They’re nervous that nothing is going to happen; they fear that they won’t be believed or that they might make the problem worse. It can be helpful to clarify for your child that telling an adult is getting help for someone who is being bullied, and tattling is different in that its purpose is to get someone in trouble.

Teach kids the true meaning of bullying. Develop strategies for how to deal with kids who bully, and assure your children that reporting bullying empowers them to be active bystanders who take positive actions. These conversations are taking place in schools across the country, but they need to happen at home as well because you have the greatest influence in developing your children’s social and emotional awareness and skills.

To learn more about bullying prevention and how to help kids prepare for and be safe in bullying situations, visit our resources page. For parent-specific resources (and an excellent experience for kids) get to know Captain Compassion: The Bullying Prevention Super Hero!