So, what do we know about the link between bullying and suicide? According to the Center for Disease Control:

All 50 states have laws to address bullying, according to StopBullying.gov. And like Alabama, some states are linking the need for suicide prevention with bullying prevention after tragedy has propelled lawmakers to action. This year, New York passed Jacobe’s Law, requiring schools to notify parents of all students—the ones who bullied and the ones who were bullied—involved in a bullying incident. That law came after 13-year-old Jacobe Taras took his own life after being bullied at school, and his parents spoke out because they weren’t notified of the extent of the bullying their son had been experiencing.

Hawaii now has a pending bill to appropriate funds for bullying and suicide prevention efforts in public schools. And Colorado is strengthening its existing anti-bullying laws by passing a bill that provides grant money for schools to train staff on student suicide prevention. That bill went into effect for the start of the 2018 school year, and the need has tragically already been validated, as Denver Public Schools saw a bullying-related suicide just four days into the start of the school year. Fourth-grade Jamel Myles took his own life in August.

Our policy and advocacy team is dedicated to advocating and supporting laws and policies that empower and protect students, provide supports for students who bully as well as those who are targets of bullying, provide supports and training for adults who interact with children, and provide for methods to collect and analyze data on bullying incidents to aid in continuous improvement of policies. If you’re interested in learning more about our advocacy efforts or becoming an advocate, or just want to stay connected, please contact us at advocacy@cfchildren.org or fill out the form below.

Our bullying prevention expert explains how understanding bullying and developing more communication with kids can help us catch early indicators of bullying and distress. 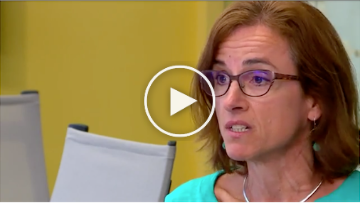 When issues we’re backing come up in your state, we’ll send a brief email communication inviting you to take action. We’ll provide prepared content that you can share with lawmakers to help make a difference in kids’ lives.

1. National Center for Injury Prevention and Control, Centers for Disease Control and Prevention. (2014). The relationship between bullying and suicide: what we know and what it means for schools. Retrieved from https://www.cdc.gov/violenceprevention/pdf/bullying-suicide-translation-final-a.pdf