> Blog > Then & Now: Tech Evolution in the Education Space

Then & Now: Tech Evolution in the Education Space 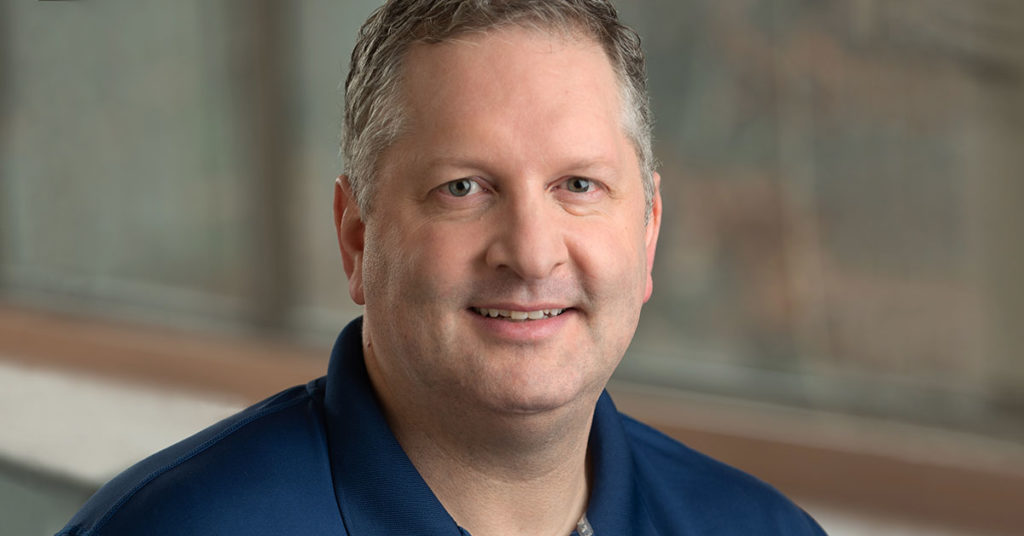 Khan Klatt, Committee for Children’s vice president of technology, talks about his path to educational technology (edtech), how edtech has evolved over the past four decades, and why social-emotional skills are integral to software development.

In Homer’s epic Greek poem “The Odyssey,” Odysseus embarks on a 10-year journey to return home after the Trojan war. I attended K–12 classes at a Department of Defense Dependents’ School only hours from those same beaches of Troy in Turkey.

One of the privileges of living at that crossroad of civilization was the field trips we took to Greek, Roman, Hittite, and Assyrian locales, including those of Odysseus. As exotic as those experiences were, I imagine it was a fairly American experience as well, aside from the armed guards on our school buses. We pledged allegiance to the US flag. Our school had a football team, homecoming dances, and proms. The commissary offered the same kinds of items you’d find in an American grocery store.

But being a dependent of a civilian in a military world was rough. Schoolmates would come and go as their parents’ duty rotations changed. As a bicultural kid I stuck out, so it was hard to make friends.

I was excited to attend college in the Pacific Northwest, but graduation was bittersweet, leaving behind my family and scattering my friends to their hometowns and colleges. Just as challenging was going from a 250-student school to one with over 10,000. Although my siren’s call was to become an aeronautical engineer, I struggled in school.

Looking back, I see that learning highly technical concepts was tough in an environment where I felt isolated and was likely suffering from culture shock, with few family members and friends for support. I managed to thrive when I could direct my studies to my interests, where learning was a fun outlet of discovery. My passion for computers and the internet coincided with the early commercial pioneering stage of the web, and 25 years ago, web-based skills were fairly rare.

That passion enabled me to cofound startups and lead software divisions of internet companies. The journey eventually led me to companies creating celebrity-based games, which was interesting from an algorithmic perspective, but I found myself seeking work with deeper social value.

Edtech was a compelling junction for my interests and skills to meet, so I jumped at the chance to create a new generation of learning tools at McGraw-Hill Education. I became interested in leading a team at a smaller organization with ambitious goals of its own—and found that opportunity at Committee for Children.

The technology landscape has changed substantially since 1979, when Committee for Children was founded. The internet, barely 10 years old then, was an obscure and restricted network for sharing university and military research.  To build and deploy software solutions at global scale in the 1980s required the resources of the largest technology companies in the world.

An undeniable trend over the past 25 years is the continual shrinking of both the cost and complexity of implementing internet technologies. A few years ago the high cost and relative scarcity of broadband and personal computing devices were significant impediments to adopting digital technology in education. Today, those considerations are quickly disappearing, permitting schools to accelerate their adoption of technology.  The days of teachers posting images of tattered, outdated textbooks to social media are numbered.

Every distraction in the classroom is a missed opportunity for impactful instruction, so we take very seriously our responsibility to make our technology as transparent as possible at Committee for Children. Our software teams must be strong interpersonally as well as technically.

Noted computer scientist Melvin Conway observed that “organizations which design systems . . . are constrained to produce designs which are copies of the communication structures of these organizations.”1 Simply put, poor communication invariably leads to poor software.

In an organizational context, software development is a fundamentally social and collaborative activity. Software projects have a life cycle of several years—which involves people revising, adapting, and expanding work contributed by other people. When the work you’re doing today will invariably be built upon by others tomorrow, interpersonal dynamics and team communication are critical to a project’s success.

That makes humility a crucial quality in software teams. Although fundamentals of computer science rarely change, the software practice is constantly re-inventing itself. We must apply new techniques, technologies, and tools to stay relevant and competitive. Therefore, we must be willing to constantly learn and unlearn, and to acknowledge how our own work could be built faster or better next time, even while trying to put our best foot forward today.

Humility helps us meet new challenges with new approaches, just as failures must be met with grace and seen as an occasion for learning. W. Edwards Deming, a pioneer of the modern lean manufacturing movement, pointed out that the Latin roots of the word “secure” literally mean “without fear.”2 Fear is an emotion that triggers fight/flight instincts—quite the opposite brain activity most suitable for work like writing software algorithms!

Tapping into different perspectives and approaches is also crucial in a creative problem-solving context like building software. Research shows that the most diverse teams tend to be the most successful. “Uncle” Bob Martin, author of the programming bible “Clean Code,” observes that the number of software engineers has consistently doubled roughly every five years since the first programmable computer was invented.3 That means that roughly half of all programmers today have less than five years of experience and come from nontraditional educational backgrounds. It means changing how to recruit candidates, and it means changing how we approach developing them to ever higher levels of influence and ability once they’re hired.

As I reflect on my personal and professional journey, I consider the many meanings the word “home” holds. Like the ancient path of Odysseus, mine has been a meandering road home to my country, home to my career, and home to an organization whose mission I can fully get behind. My hope is that, in small ways or large ways, I can serve as a beacon that software professionals of many diverse backgrounds and life experiences can follow to find their own home at Committee for Children.

Our commitment to positively transform the social-emotional well-being of 100 million children annually by 2028 has necessitated raising our technology game as an organization. Doing that in a way that serves our clients, while building an organizational culture that supports our organization’s mission, is essential. If my story and perspective resonate with you, I invite you to reach out to see how our paths may join.

We invite you to join us in positively transforming the social-emotional well-being of 100 million children by 2028. Become an advocate. Lend your voice. And let’s grow kinder together.