Check out our free COVID-19 response resources for educators, students, and families at secondstep.org/covid19support 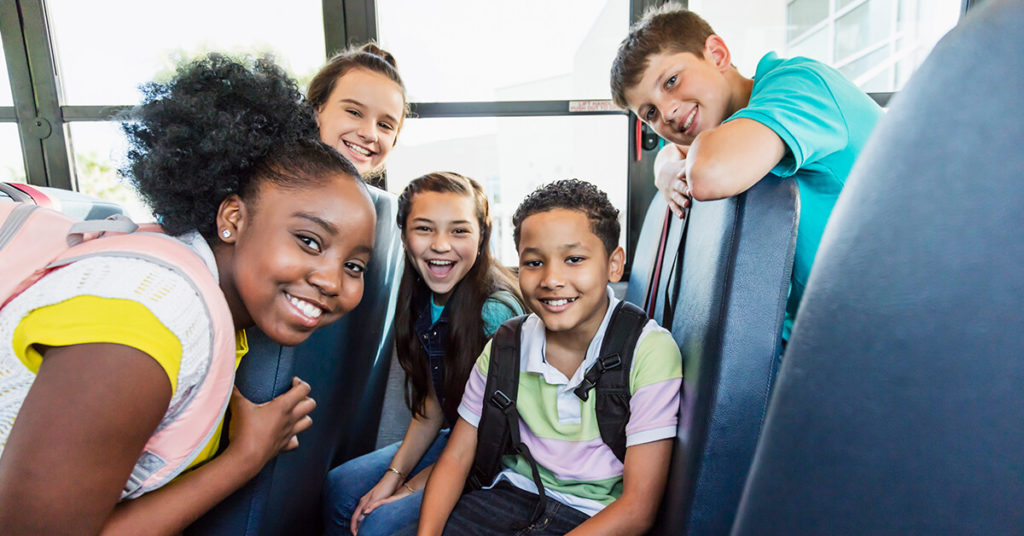 Bullying is a perceived power imbalance coupled with unwanted aggressive peer behavior that happens or is likely to happen multiple times.1 Bullying can cause physical, social, emotional, and academic harm to all those involved, including bystanders.2 It’s a complex social issue in need of a multipronged response in which local, state, and federal policies all play a role.

How Does Bullying Affect Students of Color, and Why Don’t We Know More?

Bullying often happens out of adult eyesight and current policy without disaggregated data tends to keep it there. Many states don’t collect, much less disaggregate, school bullying data, so we don’t know specifically how often bullying occurs, who engages in it, who’s targeted, or where and how. We especially don’t know whether bullying is occurring on perceived race, ethnic, national origin, or immigration status.3 However, cases from across state jurisdictions and federal courts show that bias and race-based bullying can be severe and widespread. For example:

Beyond the courts, limited reports from third-party sources show that racial bullying is a critical but undertreated issue, though some research and data do exist.7 According to the U.S. Department of Education, racial- and ethnic-minority students experience more bullying on the basis of their race or ethnicity.8 In the 2015–2016 Civil Rights Data Collection, Black students accounted for 35 percent of race-based bullying and harassment reports even though they make up only 15 percent of nationwide student racial demographics.9 This type of bullying may contribute to increased mental and physical health challenges, substance use, and negative academic outcomes, as compared to bullying that isn’t race-, ethnicity-, or biased-based.10

If we want to create safe and supportive learning environments for our most marginalized students, we need policy to prioritize this issue and draw out the data. Without knowing more about racially motivated bullying, we won’t know whether we have the correct tools to solve it. For example, do schools need to pay more attention to racial microaggressions in bullying prevention? Like bullying, microaggressions can stem from a perceived power imbalance and are the “everyday slights, insults, put-downs, invalidations, and offensive behaviors” regularly experienced by people of color; they increase their targets’ stress and mental health challenges including risk of depression, and ultimately create a negative environment through frequent experiences of discriminatory behavior.11 Perhaps there should be a focus on dismantling and responding to stereotypes.12 Strategies might look to focus more on intersectionality in bias-based bullying,13 or emphasize cultural responsiveness and strengths-based approaches for groups that have been historically and systemically oppressed.14

The more negative outcomes on academics and well-being associated with race-, ethnicity-, and bias-based bullying should compel policymakers to push for more data and research. They should also compel schools to prepare to increase supports and intervention against race- and ethnicity-based bullying in order to promote equitable learning opportunities.

When race-based bullying or bullying based on another protected class is considered discriminatory harassment, it falls under federal civil rights laws. Schools that receive federal dollars must respond appropriately.15

Certain titles under the Every Student Succeeds Act (ESSA) provide funding for bullying prevention programs along with social-emotional learning (SEL), culturally responsive efforts, and harassment sensitivity training. Title I, Title II Part A, and Title IV Parts A and B can be conducive to these efforts.

Schools and school systems should also look to replace zero-tolerance disciplinary policies with evidence-based supports. Replacing zero tolerance does not mean countenancing race-based bullying. Bullying of any sort should not be tolerated. The problem is that zero-tolerance policies are ineffective and exacerbate bullying. They also hinder academic opportunity, disproportionately impacting marginalized student groups.16 See our exclusionary discipline blog post to learn more.

What Can I Do?

Together, we can prevent bullying and create a safer world for all children, especially those who are most marginalized. Here are some ways you can take action.

1  The Centers for Disease Control and Prevention. (2018). Preventing bullying. https://www.cdc.gov/violenceprevention/pdf/bullying-factsheet508.pdf

2 The Centers for Disease Control and Prevention. (2018). Preventing bullying. https://www.cdc.gov/violenceprevention/pdf/bullying-factsheet508.pdf