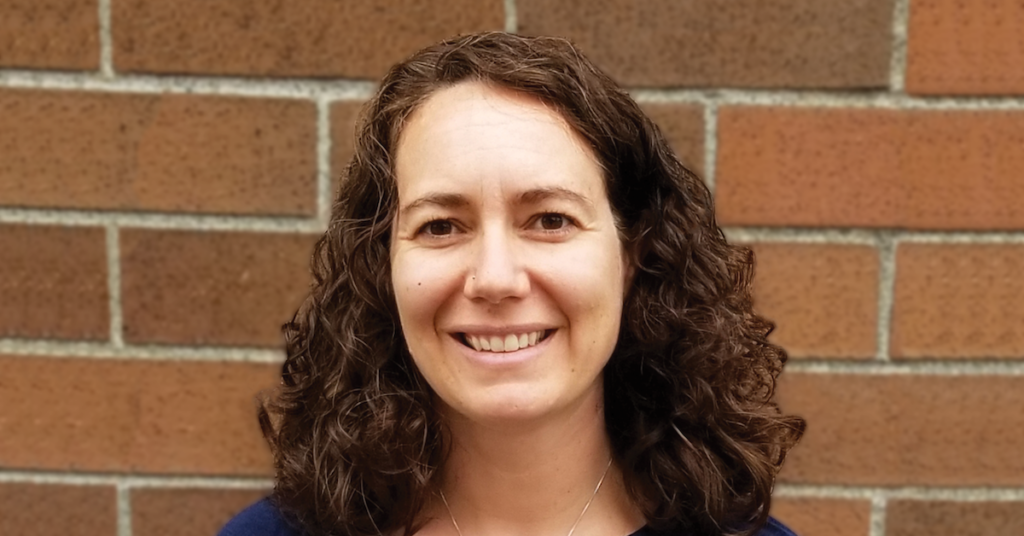 In my work as director of policy and advocacy at Committee for Children, I recently had the opportunity to speak with Kelly Mangiaracina, JD, who is the policy and program manager for the King County Commercial Sexual Exploitation of Children (CSEC) Task Force. Since 2013, Kelly has facilitated a multifaceted response to child sex trafficking in the greater Seattle area. What she encounters in her work is reflective of child sex trafficking issues across the country. Here, Kelly provides some facts about child sex trafficking and how you can help prevent it.

What is child sex trafficking?

Before I answer that, I think it’s important to keep in mind that we’re talking about kids who’ve been subjected to real harm. The law can sound boring and dry, but we need to remember there are real people and real children behind the numbers. Also, this isn’t a problem that happens somewhere else. This happens in our own communities, and our neighbors are both the perpetrators and the victims.

So, keeping all that in mind, child sex trafficking occurs anytime someone sexually exploits a child for something of value. There are adults who live and work in our communities who think it’s okay to buy sex from a child. It isn’t okay. Our federal and state governments agree that it isn’t okay. Anytime an adult engages in a sexual encounter with a child in exchange for something (money, food, shelter, and so on), it’s a crime. In the law, we call it a “commercial sex act.”

For example, there are children in our communities who are experiencing poverty, who might be unhoused, and adults are offering these kids money so that they can eat. These children may be forced to engage in a sex act in order to survive.

Can you define a commercial sex act?

It’s exchanging a sexual encounter for something of value. It’s important to keep in mind that this can involve more than just money. The item of value in a commercial sex act can be clothes, food, a place to stay, drugs, a new phone, and so on.

For me, and perhaps for many readers, sex trafficking isn’t a familiar topic. It comes up in the news when there’s a scandal, but that could give a misleading impression of what’s actually happening. Can you tell us who tends to be involved in child sex trafficking, and where it happens?

Yes. If trafficking doesn’t involve a celebrity or influential person, the chances are the story won’t get picked up. That doesn’t mean it’s not happening.

Often the children being trafficked are foster youth. They’re also disproportionally youth of color and members of the LGBTQ+ community. I want to be super clear: Being a youth of color or being a member of the LGBTQ+ community is not a risk factor. A kid being themself is never a risk factor. The risk factor is that these youth live in a world rooted in racism and homophobia. For example, if a young trans youth comes out to their parents and their parents aren’t accepting and supportive, they may force the child out of their home. This child could end up unhoused and living on the street, where they are incredibly vulnerable and could be trafficked.

Also, people seem to think that trafficking only happens to girls. We know that girls are vastly over-identified as sex trafficking survivors and victims, but there are lots of reasons to believe that boys and young people with other gender identities are under-identified, perhaps due to the stigma around coming forward. This can lead to a lack of appropriate services for boys, nonbinary youth, and youth of other gender identities who are trafficked.

By and large the people paying for child sex are men who are white and affluent. Most men don’t traffic, but it’s important to know in which populations we need to spend the most time in order to disrupt demand.

This isn’t a city versus country problem. Trafficking happens in both urban and rural areas. Law enforcement agencies in Washington’s largest cities and in Washington’s smallest communities have had similar results in sting operations.

That’s not entirely surprising, because trafficking is a form of abuse. It’s just abuse for pay. That connection is how Child Protective Services, which responds to abuse, is able to get involved. Since schools are a place where prevention of harm to children can be addressed, it could make sense to include prevention of sex trafficking in the mix.

What does child sex trafficking prevention look like? Is there overlap with sexual abuse prevention?

We’re still figuring that out. The field has different takes on how to approach prevention. One part of the field believes we should help children learn about internet safety, spot warning signs (for example, signs of grooming), and generally implement evidence-based child sexual abuse prevention programs in schools that build knowledge around appropriate-versus-inappropriate touch. Another part of the field is concerned that we should not place the burden of prevention on children. Instead, this group focuses on interrupting and ending the demand for child sex trafficking. A third group works to deal with the adults who sell child sex, but that isn’t something you’d see attended to in schools, and there’s not as strong a body of evidence on how to prevent these adults’ crimes. So, generally, the focus tends to be on child safety programs and efforts to curb demand.

Personally, I think we need a little bit of all three approaches. But no matter how we move forward, we want to be careful that we don’t victim-blame children, or inadvertently teach young people how to traffic their peers.

How can people get involved to help advance prevention?

You can help with your time, your position or influence, your money, or by spreading awareness. If you’d like to help with your time and work or volunteer with an organization in the field of child sex trafficking prevention, then get to know the reality, not the sensationalism. Get trained on the issue by a reputable organization.

If you want to help with your position or influence, there are a couple options. First, consider becoming a foster family. One of the biggest risk factors of a child being sex trafficked is having spent time in the child welfare system. A nurturing, stable home provides a strong antidote that can protect children. Second, fight for legislation that protects children and provides funding for needed services. Use your voice to create change.

If you can’t help with your time, position, or influence, consider opening your wallet. Many organizations working in this space do so with very modest means.

If nothing else, share this conversation with others. We’ve come a long way on this difficult topic in a short amount of time. We have an evidence base for preventing abuse. Schools are stepping up to address sex trafficking. The laws are getting better at distinguishing between victim and criminal. And we know that this is something that has support from both Republicans and Democrats. It’s always heartening to see when the parties can generally agree.