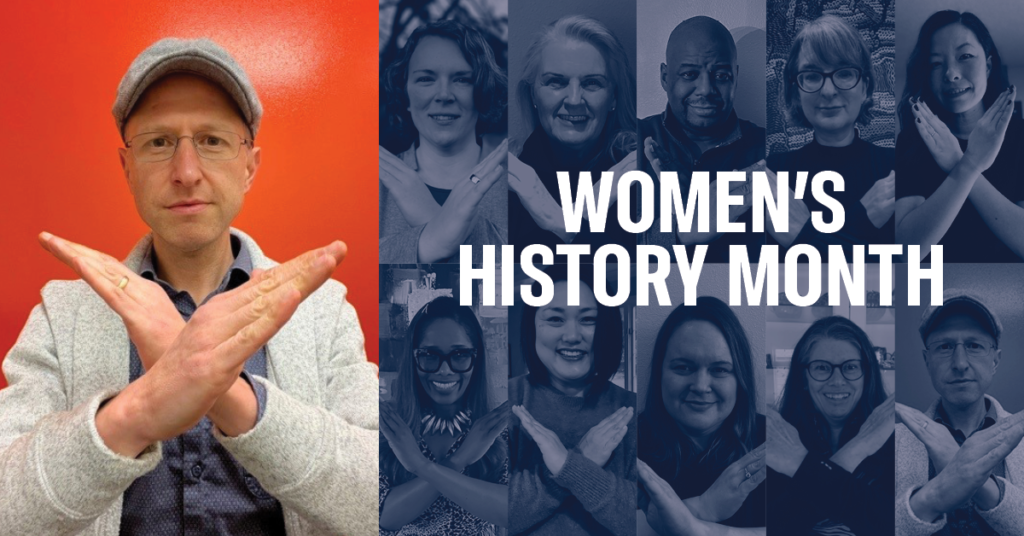 This March, Committee for Children is celebrating Women’s History Month and International Women’s Day with a series of reflections from our Executive Leadership Team on their career journeys, the women who’ve shaped them along the way, and how they’re working to break biases. This post is from VP of Policy & Advocacy Jordan Posamentier.

Growing up in Houston, Texas, in the 1980s, there was an abundance of neighborhood activities for boys. We had bikes to ride, woods to explore, cards to trade—but video games were a novelty unlike anything else. Videos games were just starting to breach the mainstream. We didn’t have complex controllers with a dozen buttons. We didn’t have in-game hints or online tutorials. To be a gamer in the ‘80s, all you needed was a few quarters—or a friend with a console and a Nintendo Power magazine—and it was entirely too easy to assume in my neighborhood that video games were something only boys did.

As a child, I didn’t really consider what girls did for fun, and because I didn’t see them at the arcades or playing Nintendo in my friends’ homes, I had an implicit assumption that video games weren’t girl territory. This was reinforced by certain content that was popular in games. Lighter games such as Tetris or Ms. Pac-Man seemed great for any age or gender, but did girls want to fight monsters in Ghosts ‘n Goblins or be a male soldier in Commando? It wasn’t until I attended a magnet high school and was surrounded by a group of classmates with diverse backgrounds and interests that my assumption started to break. Decades later, my wonderful daughter, Hazel, broke that bias even further—and for good.

While gaming is a major bonding activity that Hazel and I share, she’s a faster, more talented gamer than I could hope to be. Hazel never had a gaming gender bias to break because that barrier was never formed. My wife and I were careful to keep gamer stereotypes outside our home, and we allowed Hazel to choose the games she gravitated toward rather than make those assumptions for her. Hazel has always been a builder; she has an incredible imagination, and the worlds she creates all on her own are inspiring. Games like Minecraft and Animal Crossing: New Horizons are natural environments for her. She can spend hours researching video tutorials by expert gamers, both men and women, to help improve her build or village. And her ability to not just create but to easily articulate each stage of her creation in great detail is truly next-level.

There are many parents who feel screens and an oversaturation of technology are detrimental to a child’s development—but in-game is where Hazel connects with her friends and faraway family members, all of whom are women. During the last two years of social distancing, online interactions have been especially critical for her. Hazel has shown a powerful ability to navigate and strengthen her friendships through gaming: transitions between online and in-person playdates have been almost seamless.

Hazel’s brilliance as a gamer not only dissolved any lingering misconceptions of my own about who games are for, but also showed me that video games can be a social good. She is evidence that a child can change a parent’s outmoded way of thinking and keeping them growing. I regularly encourage other families to experience gaming with their own kids—especially when there’s such a wide variety of games, many of which emphasize emotion-driven narratives and storytelling. Video games aren’t just entertainment, as I once thought. They foster creativity and compassion. They help us build confidence and connections, and break barriers. Hazel taught me that.

There are times when I wonder what I would say to Hazel if a boy told her video games weren’t for girls. We don’t worry about that because Hazel is so comfortable with herself and confident in her skills, and we’re proud because she built that in herself. The truth is, I wouldn’t need to say anything: Hazel would look at the boy and tell him he is flat-out wrong—and then invite him to play alongside her.